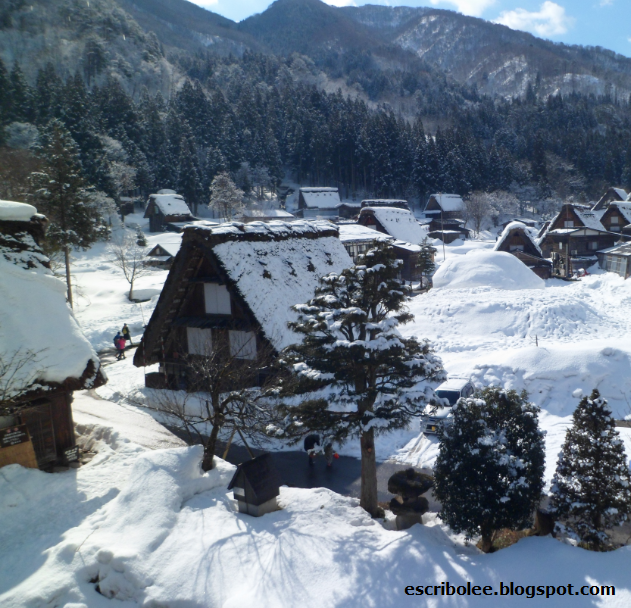 The chronicle of this day is going to be a little shorter because most of the time we were on the bus. However, it was worth it because we could visit Shirakawago, a small village with thatched roofs, a World Heritage Site, which is a delight to see in winter, all snowy and beautiful.

There, we were allowed to enter one of the houses to see it inside and we were explained how they are built, what structure they have… Also, in the walk through the town, we found an igloo. Of course, the bridge to arrive was a bit scary because, although in theory it’s well built, when you moved, it wobbled and was somewhat unstable, even dizzy.

During the trip the bus, our guide told us about Japanese kanji, besides, the weather conditions in summer and winter and why they happen, among other things.

The rest of the day

We went to Nagoya to eat. After that, we took the bullet train again, this time in the direction of Hakone.

The journey was somewhat longer, fortunately, both on the bus and on the bullet train we had wifi (and good company). Also, from the train we could see Mount Fuji for the first time. Actually, I thought it was a very overrated thing, but seeing it from here has impressed me a lot (it happened the same to me with the Colosseum, do you remember?) And I was looking forward to seeing it more closely.

Once I arrived, I went straight to the onsen (it had no jacuzzy and it was smaller) and then to dinner.

This site uses Akismet to reduce spam. Learn how your comment data is processed.